From Nothing to Something 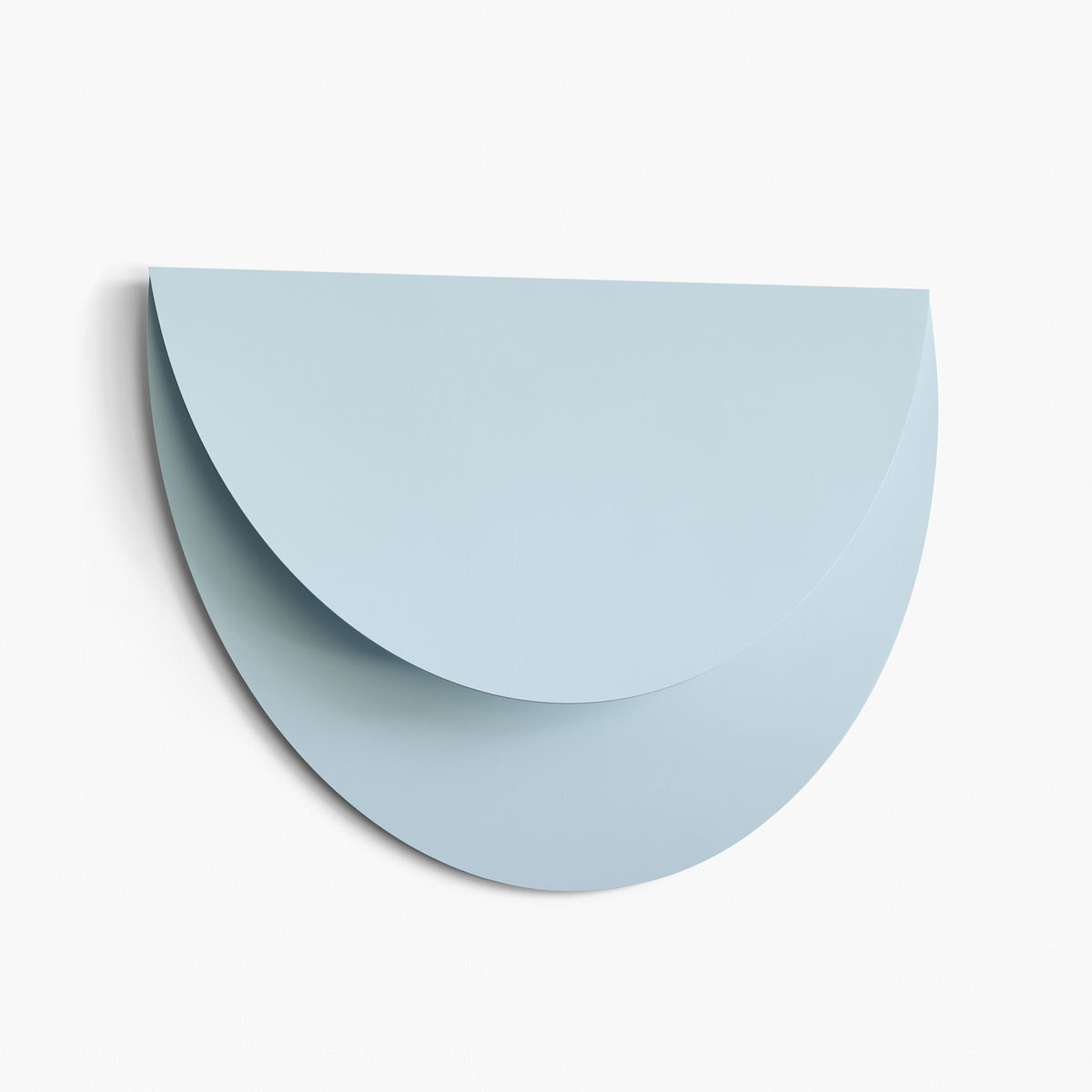 Dudek’s wooden wall relief sculptures appear to shift and peel open space. Although they are non-representational, for Dudek, these folded forms and their visual effects have come to symbolise relationships and the missed interactions with friends and family during the pandemic. Their construction was inspired by investigating the complexity of seemingly simple and elegant geometric shapes.

For this exhibition, Dudek has also surrendered her signature white for personally mixed tints of colour. As the day opens to the light, the complex and changing tones of atmospheric light shift over the smooth surfaces playing with perceived colour. Shifting shadows present as deepened monochromatic shades in the internal spaces of the works while the glow of gradated hues spreads outward and beyond the form. The shifts in natural light and atmospherics provide unpredictable and surprising visual experiences. In this way, Dudek's practice sets up a slow dance between her works' formal elements and the viewer's bodily presence, resultant in a sense of stillness and calm.

Anna Dudek plays with forms to highlight the spontaneous movement of natural light. Despite their static state, her sculptures are lively; they actively participate with their surrounding environment and serve to remind us that nothing exists in isolation.

In 2021, Dudek’s sculpture installation After Chinati was judged the winner of Les Sculptures Refusèes at Q Station, Manly. Earlier in 2021,  Dudek secured representation by Otomys Gallery in Melbourne, where she held a joint exhibition named Silent Conversations and completed several site-specific client commissions. In 2020, Anna was commissioned to produce her first public artwork, a series of relief sculptures for the entrance lobby of NEXT Hotel in Melbourne. This followed her solo exhibition at Factory 49, Sydney, titled This Space of Time and inclusion in the 2020 Sydney Contemporary Presents with the National Art School.

In 2017 Anna Dudek won the Michael Hobbs Sculpture Award. Her work is held in private collections in Australia, New Zealand, the USA, UK and Singapore.

Anna Dudek graduated with a Master of Fine Art from the National Art School in 2019. She was born in New Zealand and currently lives and works in Sydney, Australia.
@annakdudek / annadudeksculpture.com

Sharing: From Nothing to Something