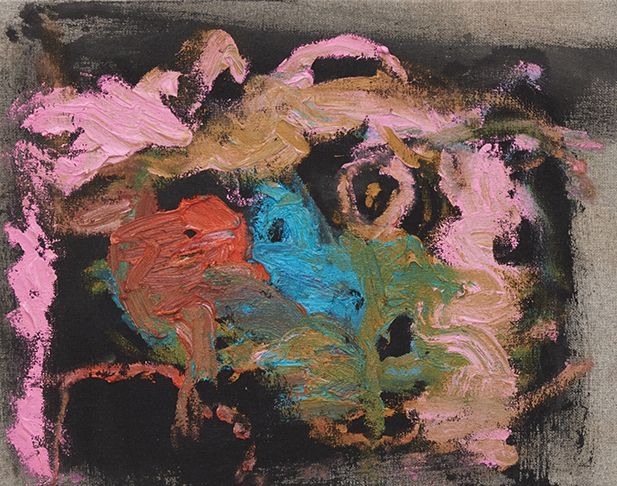 Benjamin Barretto’s practice incorporates disparate materials and imagery fed through various technologies to explore shifting boundaries between sound, sculpture, video and painting. His work is often driven by a desire to disrupt the stability of his source materials, exposing their vulnerabilities through simple gestures. Barretto was born in Perth, WA in 1985. He graduated with a Bachelor of Arts (Art) with Honours from Curtin University in 2011, and was a visiting scholar at the École Nationale Supérieur d’Art in Dijon, France. He moved to Los Angeles, California in 2012 where he has been living and working until recently when he returned to Australia. Solo exhibitions of his work have been held in Los Angeles, San Francisco and Miami, (United States), in Arezzo (Italy) and in Perth, Sydney and Melbourne. His work is held in private collections in the United States, Europe and Australia.

Jedda-Daisy Culley’s practice spans across painting, drawing, textiles, video and sculpture. Each medium, in its own capacity, tells a story of the inner tension and transformation of its maker — of her urge to hide but ultimate unwillingness to do so. Her practice explores the darker side of the female experience with a focus on feminist ideas of sex, expectation, motherhood, birth and objectification. Interested in how cultural narratives have framed women as otherworldly monsters, Culley dismantles complex and misleading female (she/her) gender archetypes. Her work was recently collected by Gene and Brian Sherman (SCCI) and her previous exhibitions include Cement Fondu, Sydney Contemporary, Casula Powerhouse, Jerico contemporary and Darren Knight Gallery.